Black Pepper One Off

The Imoca 60′ built for the Vendée Globe 2020 wears the colors of L’Occitane en Provence.

Undertaking, Daring, Searching, Innovating: the Imoca built by Black Pepper Yachts stands out on several points, the scow hull, the moderate width, the offset foils, the flush deck, the rear cockpit, the front-view cap, weights moved back with the cockpit and the living area far back.

Learn more about the innovations

Learn more about the innovations
The moderate width allows the deck/hull area to be minimised to reduce the weight of the boat, and is also a favourable factor for optimising the IMOCA rating (AVS and 180° test). Although the width is contained, the hull forms are powerful, in order to keep stability especially when the boat is moving at low speed during gybing manoeuvres. The skipper must feel at ease and be able to carry out manoeuvres without any ulterior motives. This can be crucial in the Deep South along the forbidden zone.

The large offset foils allow the generation of dynamic MR with little drag. This is similar to the way a trimaran works. Offset foils operate in a clean flow, offset from the wave train of the hull. Our foils also allow them to be raised so that they do not drag in the water in light airs when they are unnecessary/unwanted, as well as in heavy airs where the skipper may want to sail in a downgraded mode for his own safety.

The convex flush deck is minimalist – a simple shape so that water is not trapped and can leave the deck as quickly as possible, with the aim of staying light when sailing. This pure shape makes it easy to trim the sails while dragging them.

The scow bow is designed to pass over the waves.

The cockpit is small to have everything at hand without moving around too much. It is placed as low as possible to lower the centre of gravity of the cockpit and all its equipment. It is set back to allow plenty of space both on deck and inside for effective trimming. Caulking is a very effective performance setting but requires a great deal of effort from the skipper. 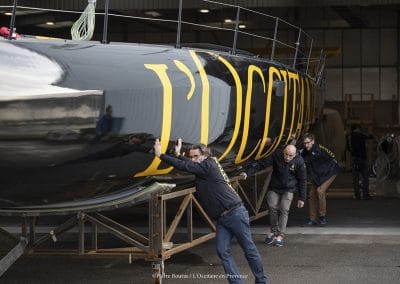 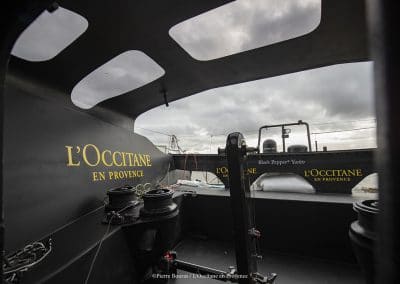 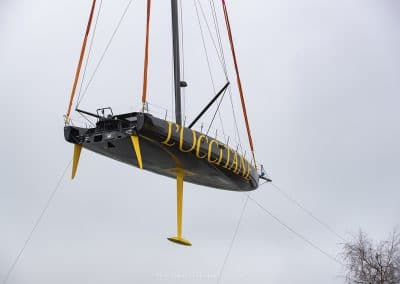 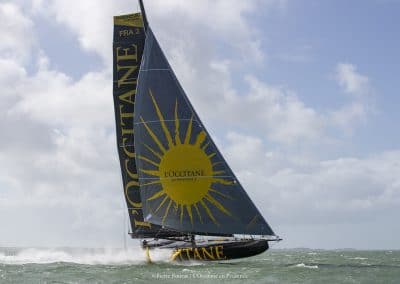 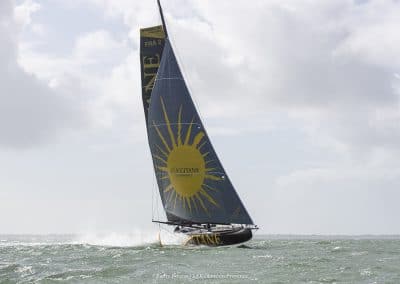 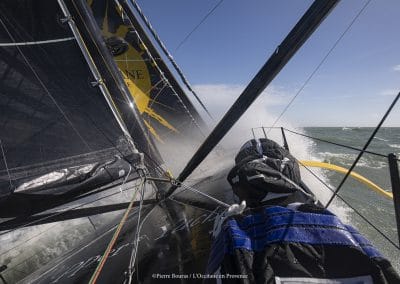 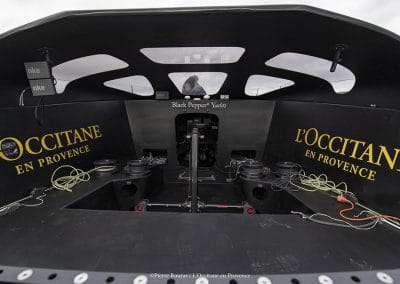 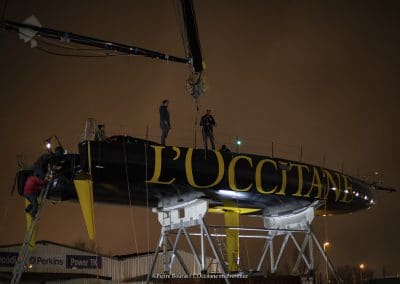 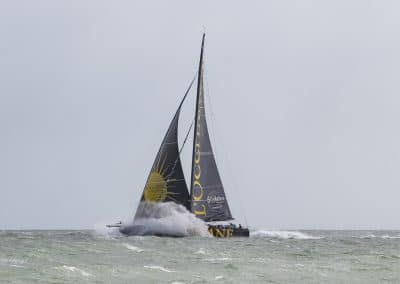 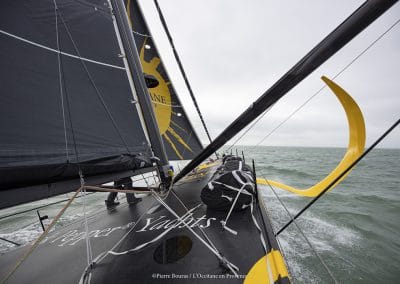 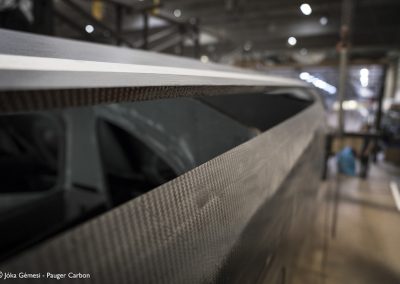 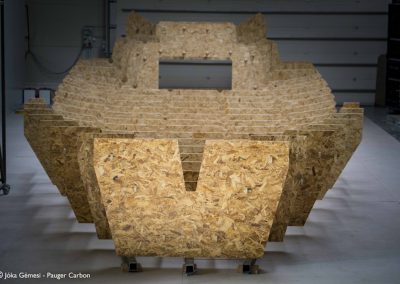 Black Pepper Yachts made a V2 of L’Occitane en Provence for Sam Davies / Initiatives-Coeur; the boat will undergo some modifications to further improve its performance and integrate the latest modifications imposed by the rules; it will be lounched before summer.

With audacity a V3 is already under construction! Follow us….!

Alliance of vintage and modern lines! 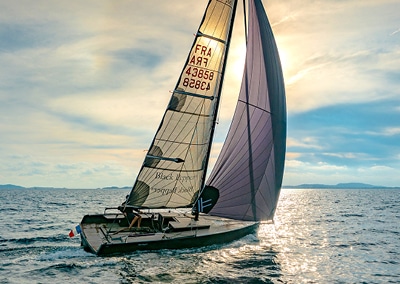 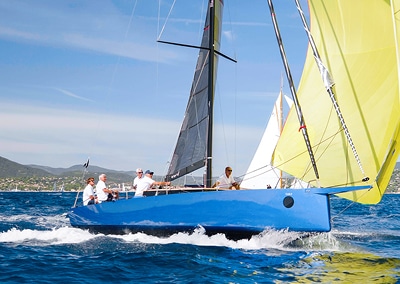 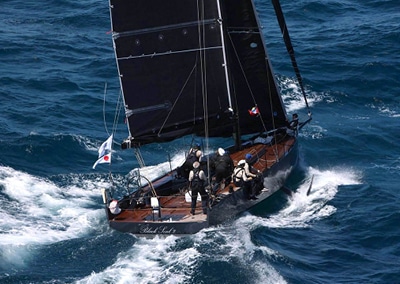 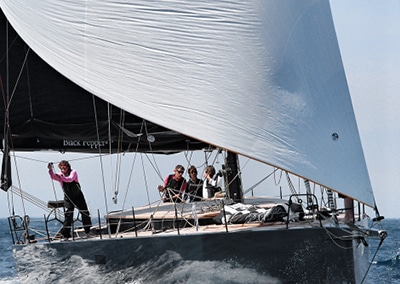 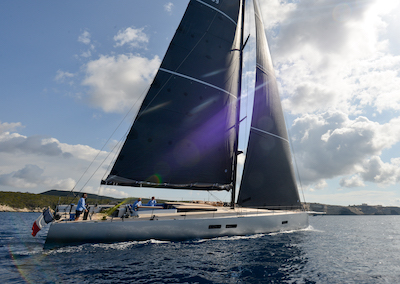 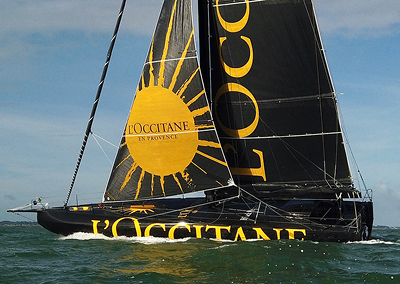 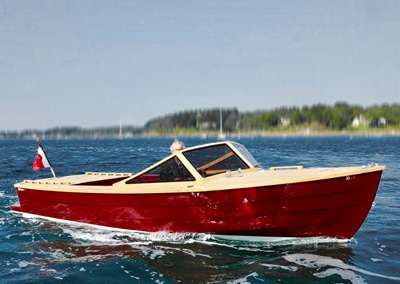 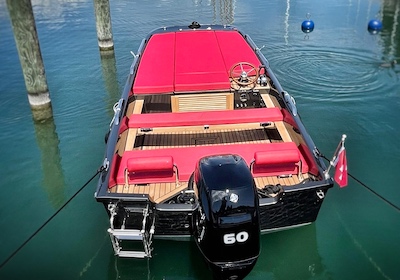 Do not miss any information 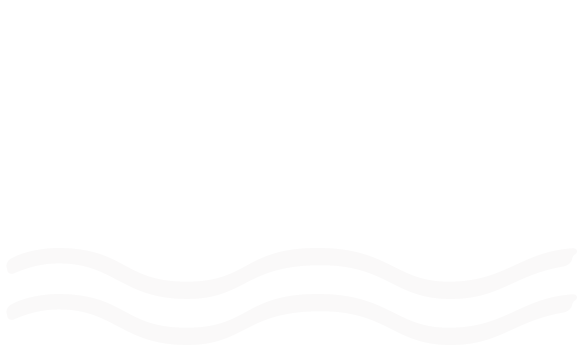